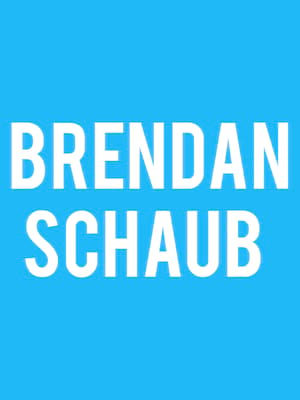 From punches to punch lines, Brendan Schaub is having the last laugh.

Brendan Schaub Is Coming to a Stage near You

After quitting mixed martial arts in 2014, Brendan Schaub jumped into the stand-up comedy circuit where he excelled at executing his witty humor with fellow comedian Bryan Callen. He now performs stand-up alone and hosts the podcasts 'The Fighter and the Kid' and 'Below the Belt' which perfectly combine his wit with the knowledge of the martial arts scene.

Both podcasts are hit shows and Below the Belt has become the number 1 combat podcast in the world. Schaub is a familiar face on the LA comedy scene and last year toured the world with his stand-up, hitting most states across America as well as Canada, London, Ireland and Australia. He released his first comedy special 'You'd Be Surprised' earlier this year on Showtime.

He’d be funnier if he was fighting more

This was one of the worst comedy shows I have ever seen (actually it was... more

Sound good to you? Share this page on social media and let your friends know about Brendan Schaub at Fox Theatre.