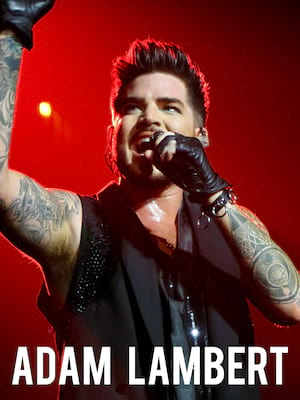 After coming to fame on American Idol's eighth season, Lambert has gone from strength to strength. With chart-topping studio albums and legions of fans, Lambert is reigning supreme! Drawing on influences from the worlds of synthpop and EDM Lambert creates mature and funky pop which leaves fans singing and dancing all night long.

Alongside his solo work, Lambert was also handpicked as the man to replace Freddie Mercury by Queen on their recent worldwide tours. Touring with the band since 2012 Lambert has taken the world and Queen fans by storm with his powerful vocals.

Expect to hear tracks like "Whatya Want From Me", "If I Had You" as well as some cheeky Queen songs thrown in!

Sound good to you? Share this page on social media and let your friends know about Adam Lambert at MGM Grand Theater.