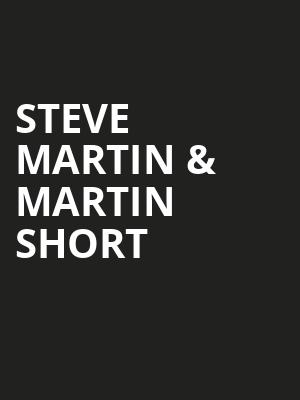 Photo by Tim Mossholder on Unsplash

Martin meets Martin in this extraordinary meeting of two of modern comedy's greatest entertainers. Steve Martin and Martin Short present 'You Won't Believe What They Look Like Today', a Q&A style conversation between the two comedians and the audience with a musical twist. Expect an evening of banjo-tinged interludes and singing punctuated by the side-splitting humor and charisma of these comedy greats.

Grammy Award-winning comedian and accomplished bluegrass pianist Steve Martin has had a stellar, almost 50-year-long career in film, stand-up, and television, winning the hearts of international audiences with turns in gems like 'Father of the Bride' (alongside Martin Short) and 'Bowfinger'. Since his break-out comedy debut on SNL, actor and comedian Short quickly crossed over to mainstream films and theatre, winning a Tony Award for his role in the 1999 revival of 'Little Me'. Catch Steve and Martin in the hilarious comedy 'Only Muders in the Building' - now streaming!

You may be required to wear a mask during this performance. Please contact the venue directly for more information.

we laughed until our cheeks hurt. what an incredible show!!! we would recommend... more

Kathie Vagi: “An Evening You Will Forget For The Rest Of Your Life”

I will never forget this evening. An incredibly entertaining show! So... more

Sound good to you? Share this page on social media and let your friends know about Steve Martin & Martin Short at MGM Grand Theater.